Earthquake in Ecuador: How to Help

The "scientific" label comes freighted with assumptions that a matter is factual, proven, and settled. Yet the dust-bin of science is filled with once-settled "facts" that stand as reminders that scientific conclusions can be wrong—very wrong; think of geocentrism, spontaneous generation, luminiferous aether, and the fixity of time and space, to name but a few. They should give us pause anytime we hear that some current conclusion—global warming, Darwinian evolution, overpopulation, fill-in-the-blank—is a settled scientific fact beyond dispute. As someone once quipped, he who is wedded to the science of the day will soon find himself a widower. 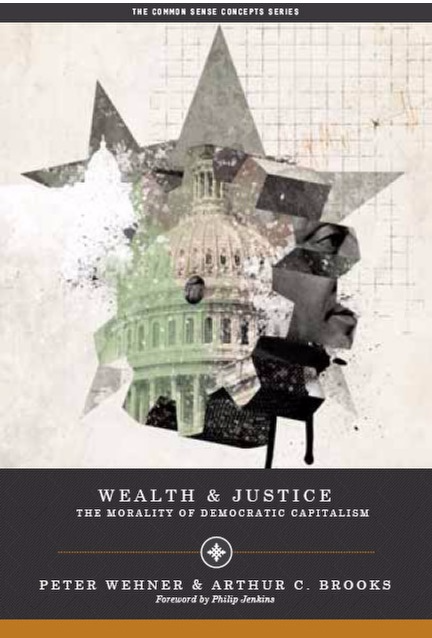 The Importance of Property Rights

Property is the basis of prosperity, and it must be reaffirmed by known and sacrosanct rights of inheritance, defended by neutral courts. Only then is there the slightest incentive for an entrepreneur to invest in developing an idea, to make it marketable—to provide the basis for capitalism.

As economists like Hernando de Soto have argued, the greatest single problem facing hundreds of millions of poor people worldwide is the lack of legal property rights. […] They are not able to use equity to raise loans or mortgages, and thereby improve their position. Without rights of property and inheritance, vast sectors of humanity are doomed to pauperism, to the myriad dysfunctions that we label with the despairing term “Third World.”

What had gone wrong was the lack of property rights, decreed by a U.S. government dazzled by nostalgic visions of communal societies free of greed or exploitation, […] The practical consequence of this well-meant tyranny was that no individual could acquire or sell reservation property, and thus could not raise loans;

Communism grants the state control over economic behavior, it is an easy and almost inevitable logical leap for the state to then control all other human behavior, including the political and religious realms.

Karl Marx and Frederick Engels conceded, in The Communist Manifesto, that capitalism “has created more massive and more colossal productive forces than have all preceding generations together.”

Marx envisioned a world with the benefits of capitalism, but without its costs.

Part of the reason for communism’s failure is that the overwhelming concentration of power into the hands of a few leads to abuse and corruption like night follows day. “Power tends to corrupt, and absolute power corrupts absolutely,” is how the historian and moralist John Emerich Edward Dalberg Acton, better known as Lord Acton, put it.

Should everyone have the same income, regardless of one’s occupation and station in life? Should LeBron James make as much as a hotdog vender? If not, who should decide just how much a mega-athlete and movie star, a singer and comedian, an author and book editor, a New York Times reporter and the president of Microsoft ought to make?

Should income equality be achieved by taxing at such a prohibitive rate that the gap between LeBron James and the hotdog vender is largely eliminated? And, if so, what would be the negative impact on the performance and output of people who now earn huge salaries? In short, what lengths are the new egalitarians willing to go in order to eliminate or reduce the gap? And at what cost?

People will excel in different fields. And it keeps us from becoming a monochrome society by adding diversity and texture to our lives. As long as people are different we will experience—absent extraordinary coercion—inequality of one sort or another.

We simply reject the notion that God demands a particular economic system.

The God of the Hebrew Bible and New Testament hates oppression and injustice. He warns against those who withhold wages or take unfair advantage of those in debt.

Yet private property—which is neither explicitly condemned nor defended in Scripture—is taken for granted. The commandment “Thou shalt not steal” presupposed the right to private property.

The Poverty of Nations

The Moral Case for a Free Economy

Thinking Beyond Stage One

Economics in One Lesson

The End of Alchemy

Do The Roots of Jihad Lie in The Quran?

Here is my point: when a Muslim gets his information about Muhammad directly from these sources, rather than from imams or traditions that selectively filter them, they have no alternative but to conclude that the life of Muhammad, and therefore the context of the Quran, culminates in violence.