"Guests on Volume 119: Mary Eberstadt, on how the decline of formation of natural families has made Christian belief less plausible and contributed to the secularization of Europe; Allan Bevere, on why the claim by “empire criticism” that the letter to the Colossians is a veiled repudiation of Roman imperial hubris is mistaken; Peter Leithart, on how the Bible evaluates empires in light of their relationship with the people of God; Steven Boyer, on why “mystery” is a necessary category in Christian theology; Karen Dieleman, on how different liturgical practices of Victorian congregationalism"

Ridicule is not an argument

Many challenges to your convictions as a follower of Christ amount to nothing more than “trash talk,” cleverly worded insults meant to intimidate, denigrate, disparage, and subdue. They have great rhetorical power and initially sound completely persuasive.

The problem is, trash talk is just that—trash, a garbage attack that has no bearing on the issue at hand. You need a reply that will immediately show it for the nonsense it is.

The cultural climate today isn’t very congenial for men and women of faith. Graduate students tell me they need to be very careful. There are religious colleges and universities, to be sure, but for the most part institutions of higher education are dominated by an aggressively secular culture hostile to faith. These days the love of God often seems to be the one love that cannot speak its name.

Was Jesus a Socialist?

(Some) Economic Facts and Fallacies:

South Korea, and Singapore achieved prosperity through freer international trade and investment became so blatant and so widely known that, by the end of the twentieth century, the governments of many other countries began abandoning their zero-sum view of economic transactions. China and India have been striking examples of poor countries whose abandonment of severe international trade and investment restrictions led to dramatic increases in their economic growth rates, which in turn led to tens of millions of their citizens rising out of poverty. Another way of looking at this is that the zero-sum fallacy had kept millions of very poor people needlessly mired in poverty for generations before such notions were abandoned. That is an enormously high price to pay for an unsubstantiated assumption. Fallacies can have huge impacts.

Like most things that are available without an explicit charge, roads and highways tend to be used far beyond how much they would be used if the hidden costs had to be paid in cash whenever these things are used. Increasing numbers of cities around the world have begun to recognize that and to charge motorists accordingly. Singapore in the 1970s pioneered in charging motorists varying amounts according to the area and the time of day in which they drove.

Some of the most misleading fallacies come from confusing the fate of statistical categories with the fate of flesh-and-blood human beings. Statistical data for households, income brackets, and other statistical categories can be very misleading because (1) there are often different numbers of people in each category and (2) individuals move from one category to another. Thus the statistical category “top one percent” of income recipients has received a growing share of the nation’s income in recent years—while the actual flesh-and-blood taxpayers who were in that category in 1996 actually saw their income go down by 2005. What makes it possible for both these apparently contradictory statements to be true is that more than half of the people who were in the top one percent at the beginning of the decade were no longer there at the end. As their incomes declined, they dropped out of the top one percent.

The Doctrine of Man 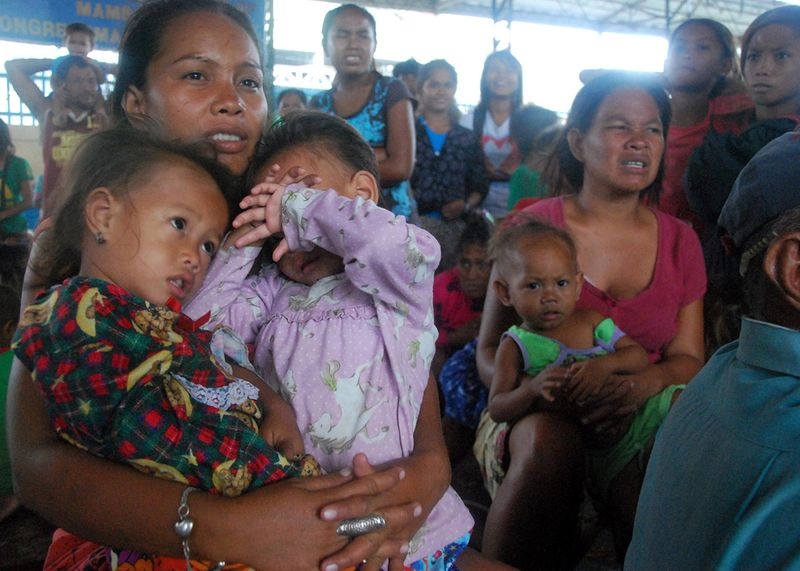 Pray for the Philippines, and give generously from the heart

Answers to Tough Questions on God, Christianity, and the Bible