1.    A man or a nation at the brink of death does not have a “rational self-interest.”

2.    When the nations of the world see their demise not as a distant prospect over the horizon, but as a foreseeable outcome, they perish of despair.

3.    Contrary to what you may have heard from the sociologists, the human mortality rate is still 100 percent.

5.    Humankind cannot bear mortality without the hope of immortality.

7.    Political models are like automobile models: you can’t have them unless you can pay for them.

8.    Wars are won by destroying the enemy’s will to fight. A nation is never really beaten until it sells its women.

9.    A country isn’t beaten until it sells its women, but it’s damned when its women sell themselves.

10.    There’s a world of difference between a lunatic and a lunatic who has won the lottery.

11.    At all times and in all places, the men and women of every culture deserve each other.

12.    Nothing is more dangerous than a civilization that has only just discovered it is dying.

13.    Across epochs and cultures, blood has flown in inverse proportion to the hope of victory.

14.    Stick around long enough, and you turn into a theme park.

15.    When we worship ourselves, eventually we become the god that failed.

17.    If you stay in the same place and do the same thing long enough, some empire eventually will overrun you.

18.    Maybe we would be better off if we never had been born, but who has such luck?

19.    Pagan faith, however powerful, turns into Stygian nihilism when disappointed.

20.    Democracy only gives people the kind of government they deserve.

21.    If you believe in yourself, you’re probably whoring after strange gods.

22.    Optimism is cowardice, at least when the subject is Muslim democracy.

For the context of each law you will need to read How Civilizations Die.

The Elite Project of Gay Marriage

Same sex marriage has become the issue of our time. Michael Kinsley summed the situation nicely: “You may be in favor of raising taxes on the rich, increasing support for the poor, nurturing the planet, and repealing Section 14(b) of the Taft-Hartley Act, but it you don’t support gay marriage, you’re out of the club.”

How did this come to pass? There’s no easy answer, which is not surprising. Same sex marriage is the issue because lots of different interests, concerns, and trends converge on it.

Now That We’re All Haters…

"To defend marriage, we must reframe the narratives that shape our culture and our minds."

"MARS HILL AUDIO is committed to assisting Christians who desire to move from thoughtless consumption of contemporary culture to a vantage point of thoughtful engagement." 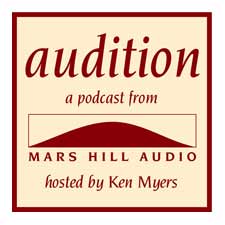