I (still) love this game!

The NBA is back. I doubt we'll see much of this:

But looking forward to plenty of this:

And the icing on the cake: Casual Wear Thread :)

What do we want from Wall Street?

"The root of the problem, I believe, lies in the measurement of risk. The incentive to cheat always will be there as long as bankers can represent a sow's ear as a silk purse. Both managers as well as the public need to measure risk, such that they understand the way that investments or innovations add to or reduce risk."

"But it only promises the breadth, not the depth, of a great books program. What you get is about fifteen pages of primary text from about 29 classics, each preceded by a brief (not much more than a page) introduction by John Mark Reynolds, and followed by an essay by a contemporary scholar whose expertise or passion relates to that classic. Excerpts and essays: It’s a good combination for an introduction."

The Myth of Multitasking

"In modern times, hurry, bustle, and agitation have become a regular way of life for many people—so much so that we have embraced a word to describe our efforts to respond to the many pressing demands on our time: multitasking. Used for decades to describe the parallel processing abilities of computers, multitasking is now shorthand for the human attempt to do simultaneously as many things as possible, as quickly as possible, preferably marshalling the power of as many technologies as possible."

"If you aren’t yet retching with incredulity (not least at this £15k waste of taxpayers’ money on such an absurd vanity project), His Grace would like to explore the motto a little. ‘All Are Equal’ – what does it mean?"

Come To The Well 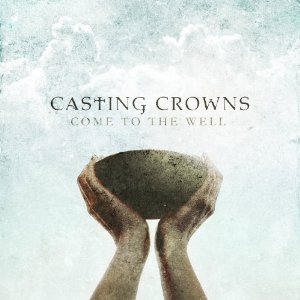 Think On These Things

"Education... has produced a vast population able to read but unable to distinguish what is worth reading." - G. H. Trevelyan

"There are two kinds of men who never amount to much those who cannot do what they are told and those who can do nothing else." - Cyrus H. Curtis

"All progress has resulted from people who took unpopular positions." - Adlai Stevenson

"Habit is habit and not to be flung out of the window by any man, but coaxed downstairs a step at a time." - Mark Twain

"Never be entirely idle but either be reading, or writing, or praying or meditating or endeavoring something for the public good." - Thomas Kempis

"When something can be read without effort, great effort has gone into its writing." - Enrique Jardiel Poncela

"Never offend people with style when you can offend them with substance." - Sam Brown

"We must combine the toughness of the serpent and the softness of the dove, a tough mind and a tender heart." - Martin Luther King

"You don't have to burn books to destroy a culture. Just get peole to stop reading them." - Ray Douglas Bradbury

"To have a right to do a thing is not at all the same as to be right in doing it." - Gilbert K. Chesterton

"One of the greatest delusions in the world is the hope that the evils in this world are to be cured by legislation." - Thomas B. Reed

"It takes ten pounds of common sense to carry one pound of learning." - Persian Proverb

"Eventually, there will not be enough prisons if there are not enough good homes." - Neal A. Maxwell

"The shrill rhetoric about differences in income proceeds as if they are talking about income inequalities between different classes of people. It would be hard to get the public all worked up over the fact that young people just starting out in their careers are not making nearly as much money as their parents or grandparents make."

"Snark, they insist, is pointless, lacks charity and tears at the body of Christ. To be a good Christian, in their book, one must be nice."

What Do The Gospels Really Say About Jesus?