Joe Carter offers six thoughts about Jesus. The last one is by far the most powerful.

The Gandhi Nobody Knows

"I propose to demonstrate that the film grotesquely distorts both Gandhi’s life and character to the point that it is nothing more than a pious fraud, and a fraud of the most egregious kind.

“Each one must give as he has decided in his heart, not reluctantly or under compulsion, for God loves a cheerful giver.” – (2 Corinthians 9:7)

“It should be understood that none of the foregoing arguments is leveled against the practice of paying a portion of the income to God. The next installment will show clearly that the New Testament teaches proportionate giving. There is, even, no quarrel with giving ten percent of the income. It is the obligatory character of the tithe which is attacked, and the tithe, as an institution, is inherently obligatory.”

"There are a great many companies that think very highly of you and all that you deserve. You deserve the best. You deserve a vacation. You deserve to splurge on this because you're worth it. Even in the midst of economic downturn, flattery remains one of the most effective psychological drivers that compounds debt. In an HSBC Direct survey conducted not long ago, forty-two percent of the consumers interviewed said they had splurged on themselves in the past month. Twenty-eight percent cited their reason for the splurge, simply "because I deserve it."(1) Of course, each of us who has ever bought into the idea that L'Oreal thinks I am worth it or BMW believes I deserve the ultimate driving experience probably realizes that we have done exactly that: we have bought the idea, paid for both the product and the flattering suggestion."

The Oxford Centre for Christian Apologetics

Japan - How to Help 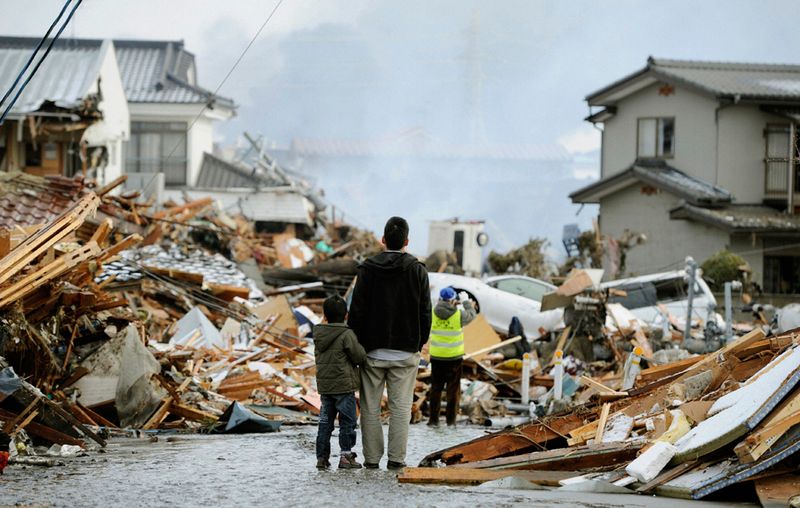 Donate from your iTunes account (Note: this link opens up iTunes)

How people can help the Japanese earthquake recovery

Reminds me of The Big Picture