"In the 1990s, Paul Romer revolutionized economics. In the aughts, he became rich as a software entrepreneur. Now he’s trying to help the poorest countries grow rich—by convincing them to establish foreign-run “charter cities” within their borders. Romer’s idea is unconventional, even neo-colonial—the best analogy is Britain’s historic lease of Hong Kong. And against all odds, he just might make it happen." 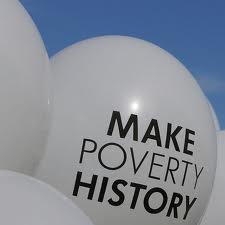 What is the role, the justifiable and necessary share of morality in politics?

"Erasmus believed politics to be an ethical category, and called on it to manifest ethical impulses. But that, of course, was in the sixteenth century.

And then came our Enlightenment, and by the eighteenth century we had learned from John Locke that it is inconceivable to apply moral terms to the State and its actions. Politicians, who throughout history were so often free of burdensome moral constraints, had thus obtained something of an added theoretical justification. Moral impulses among statesmen have always been weaker than political ones, but in our time the consequences of their decisions have grown in scale.

Moral criteria applicable to the behaviour of individuals, families, and small circles certainly cannot be transferred on a one-to-one basis to the behaviour or states and politicians; there is no exact equivalence, as the scale, the momentum, and the tasks of governmental structures introduce a certain deformation. States, however, are led by politicians, and politicians are ordinary people, whose actions have an impact on other ordinary people. Moreover, the fluctuations of political behaviour are often quite removed from the imperatives of the State. Therefore, any moral demands we impose on individuals, such as understanding the difference between honesty, baseness, and deception, between magnanimity, goodness, avarice, and evil, must to a large degree be applied to the politics of countries, governments, parliaments, and parties.

In fact, if state, party, and social policy are not based on morality, then mankind has no future to speak of. The converse is true: If the politics of a state or the conduct of an individual is guided by a moral compass, this turns out to be not only the most humane but, in the long run, the most prudent behaviour of one's own future."

Human Persons and the Failure of Naturalism 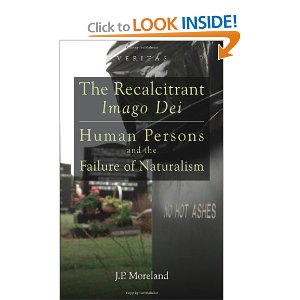 Morelands book is a masterpiece of clear, compelling, accessible arguments against naturalism, and a powerful defense of a Christian understanding of persons. This should be required reading for anyone interested in the philosophy of human nature and the debate between theism and naturalism today. (Charles Taliaferro, St Olaf Collage)

The Recalcitrant Imago Dei is a wonderful read. Chapter by chapter, Moreland systematically sets forth how naturalism denies what is so obvious about ourselves, which is that we are conscious, rational souls that have the power to make undetermined choices for purposes. The power of the book lies in the way that it makes clear how human beings become unrecognizable once naturalism has worked them over. Through page after page of careful argument, Moreland shows all of us how deeply unnatural the naturalist account of ourselves is. (Stewart Goetz, St Ursinus College)

Materialistic naturalism has, for some years, been the received wisdom in philosophy, as well as amongst much of the educated public. Many serious philosophical arguments have been brought against this ideology, but usually in a series of separate controversies. Professor Morelands great service is to bring all these objections together, whilst adding his own original contributions, in a very effective anti-naturalist polemic. He shows us that the materialist world picture cannot accommodate the most basic phenomena of human life: It has no place for consciousness, free will, rationality, the human subject or any kind of intrinsic value. Materialism does not disprove these human realities, it is simply incapable of accounting for them in any remotely plausible way. I would add to the list of its failures that naturalism lacks even a coherent account of the physical world itself. Professor Moreland makes a very good case for saying that, as a serious world view, naturalism is a non-starter: more traditional, theistic philosophies fare much better in the face both of the phenomena and of argument. (Howard Robinson, University Professor in Philosophy, Central European University, Budapest.)

The Veritas Series brings to market original volumes all engaging in critical questions of pressing concern to both philosophers, theologians, biologists, economists and more. The series aims to illustrate that without theology, something essential is lost in our account of such categories - not only in an abstract way but in the way in which we inhabit the world. The Veritas Series refuses to accept disciplinary isolation: both for theology and for other disciplines. Naturalism is a key theme in contemporary philosophy of which the author provides a substantial critique in The Recalcitrant Imago Dei.